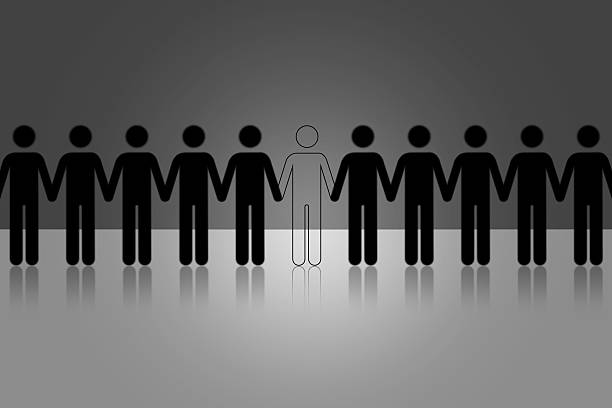 People go missing all the time. You might think you know someone well, and then, seemingly out of nowhere, they vanish. It could happen to someone like a friend or neighbor, or maybe it’s a relative who goes missing.

If that happens, you might feel pretty upset about it. If it’s someone you didn’t know well, you may wonder about their absence for a few days, but eventually, you won’t let it preoccupy you anymore. If someone special to you goes missing, though, you will probably do all you can to figure out what happened to them.

We’ll talk about how you can locate someone who went missing in the following article. We’ll also go over some of the things that can cause a disappearance.

How to Find Someone Who Goes Missing

First, we will go over what you can do to try and locate someone. Getting help with a “people search” is usually easy enough. There are tons of companies that feature these services.

You might use one that has proprietary software. You give them a person’s name, as well as all the other info about them that you have. That might include their last known address, the last company for which they worked, their car’s license plate number, etc.

If the person who went missing is a family member, you might also have their social security number. The more information you can give the company that conducts the person search, the better the chances that they can locate this individual, regardless of what happened.

The search might uncover a clue, or it may not. That depends mainly on what happened to this person.

The other thing you might do is to hire a private investigator. They usually cost more than a person search company, but they have access to resources that these companies typically do not. They can talk to police departments off the record.

They can physically travel to a place where they suspect this person might be and look for them. They might even talk to other individuals they feel might know this person’s location.

Now you know what you can do when someone goes missing. But what are some reasons why this might happen?

Foul play might be the first thing you suspect if someone goes missing. However, that may not be what happened.

It could simply be that someone moved unexpectedly, and they didn’t bother to tell you about it. If you have a close relative who goes missing, this is not as likely. Let’s say that it’s your neighbor who seems to disappear in the middle of the night.

If you were on cordial terms with them, but you were not the best of friends, they might have moved because a company offered them a job somewhere across the country, and they didn’t have time to think it over for very long. Maybe they will reappear to claim the possessions they left behind at some point, but perhaps you will never see them again.

Maybe they will let a real estate company sell and list their house if they owned one. If they were renting the house or apartment right next door to you, though, they might have vacated the premises and broken the lease. That kind of thing happens all the time, especially in major cities.

They Might Have Wanted a New Start Somewhere Else

Sometimes, people disappear because they don’t like their life very much, and they want to start over. Perhaps you have a person who struggles with drugs or alcohol. They feel like the people around them or the city they live in contribute to their struggles.

They might feel like the best way to get themselves back on the right track is to move somewhere far away. By doing so, they can break the behavior patterns that lead them to abuse alcohol or drugs.

It’s anybody’s guess whether the action they take will work or not. However, if they do this, and you feel bad because they didn’t stop and say goodbye or tell you their plan, it might not have anything to do with you at all. You don’t have to take it personally, though you may wonder about what happened to this person if they didn’t give you any indication of their idea.

Foul play is also possible if someone disappears. You would hope that’s not what happened, but a sudden disappearance could put the idea in your mind.

If someone you don’t know all that well suddenly vanishes, you probably won’t want to hunt for them so badly that you’ll pay a person lookup company to see if they can track this individual down. If it’s one of your relatives or someone else very close to you who suddenly falls off the map, that’s when you’ll probably think that something bad happened to them.

There are all kinds of kidnappers, muggers, and other criminals out there, and maybe the person you knew encountered one of them. If that happened, perhaps it was purely by chance. It’s also possible that the person you knew was in some trouble of which you were not aware.

If you suspect foul play, a person lookup service is probably not the best way to go. The first thing worth doing is to reach out to the police and file a missing person’s report. If the cops can’t uncover any leads, you might go to a private investigator at that point.

There are other reasons why someone might disappear. If it happens, though, and you want to locate this person, consider whether any signs may have indicated whether they were thinking of moving, changing careers, or anything else that might have led to their sudden absence.

If you can’t think of anything, and you still want to know where they are, that’s when you can start looking into person lookup services and similar options.

Zero Trust for MSPs: What to Know

Make a fortune by buying Avalanche