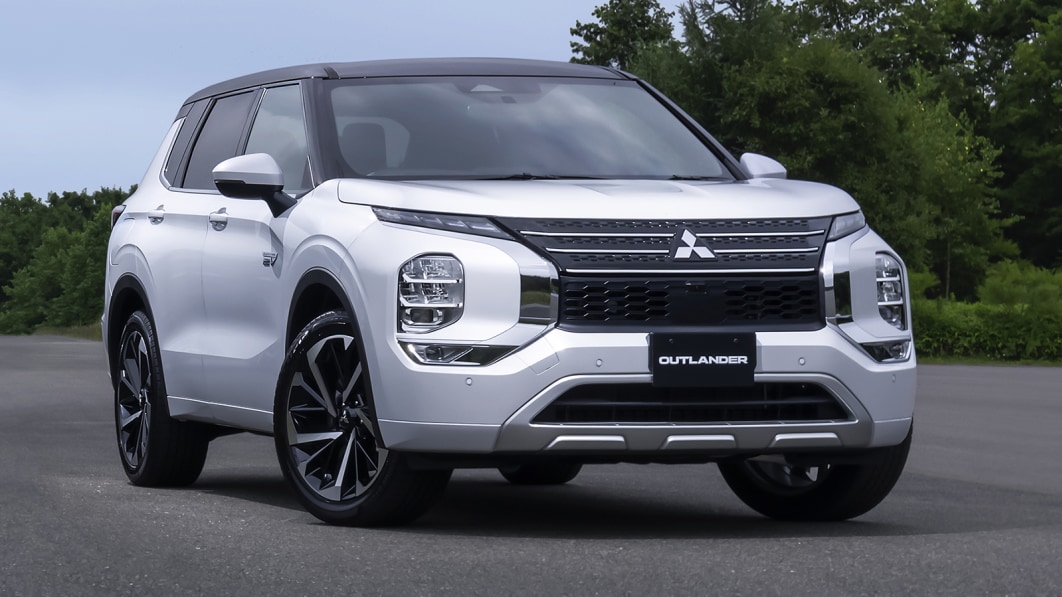 The wait for details on the plug-in hybrid 2023 Mitsubishi Outlander are almost over. The company has been promising the model for quite a while, and it has been tight-lipped about details. But on October 28, the company will reveal nearly all before the SUV’s U.S. launch in the second-half of 2022. In the meantime, Mitsubishi released photos of the plug-in model.

As you can plainly see, it looks pretty much identical to the non-hybrid variant. The only real exception are the large hybrid badges placed on the doors and on the hatch. The white example in the photos also showcases a black contrast roof that’s seemingly unavailable on non-hybrid Outlanders. The interior is also virtually unchanged.

Mitsubishi also let slip one other interesting tidbit about the Outlander PHEV before the full reveal: it comes standard with a third row of seats. This is a change from the previous model that was two-row only. This is also interesting considering that Mitsubishi has previously said the new PHEV will have more battery capacity than the outgoing model.

When the electrified Outlander has its official reveal in a couple weeks, we should have far more details on the powertrain. We’re expecting it will continue to use a pair of electric motors, one for the front wheels and one for the rears. The engine will probably run mainly in a series-hybrid configuration, generating electricity for the motors, and only engaging the drivetrain under particular circumstances in which doing so would provide the necessary power and when it’s efficient. Pricing will probably have to wait until closer to the Outlander’s on-sale date next year.

Deaths From Tuberculosis Rose in 2020 After Falling For a Decade

GMC Releases Sketch Of Overlanding SUV That Never Was