10 Directors Who Have Made Both Hard-R Movies & Kids Movies 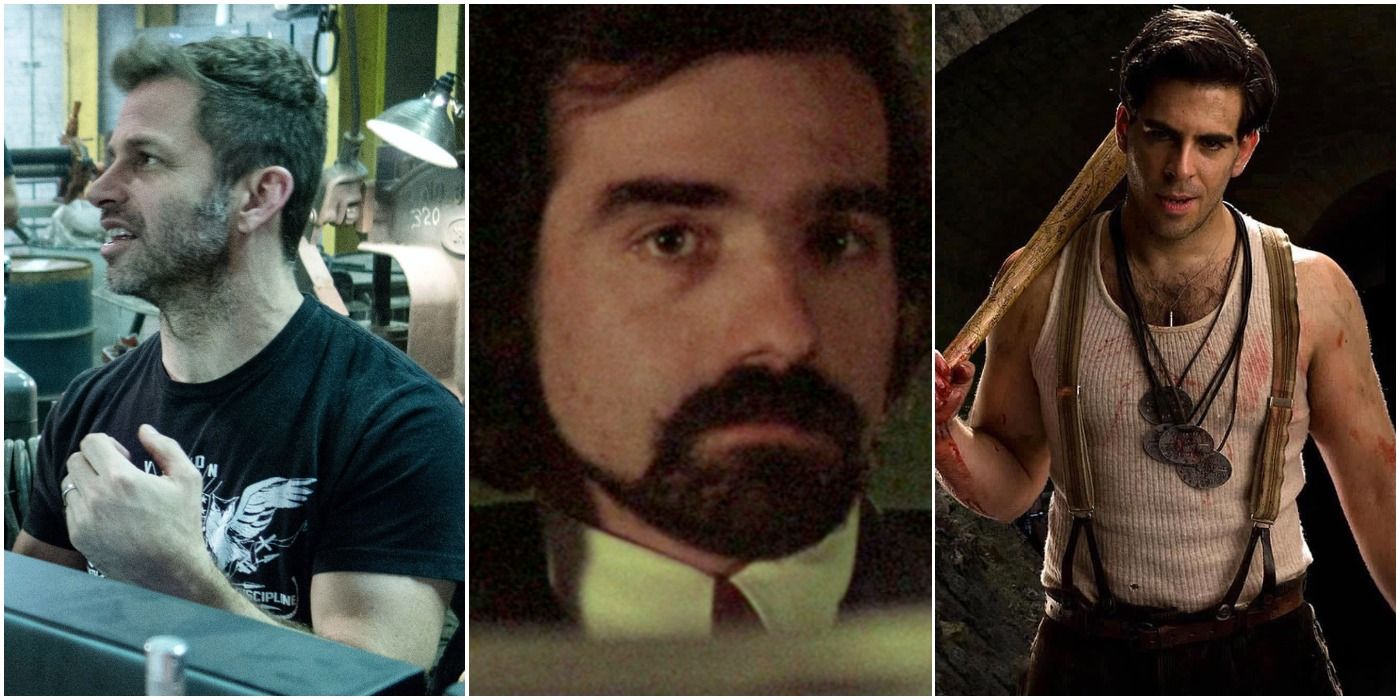 Most directors find their niche and stick with it, carving out a style that fans can fall in love with and adding to their works with more of the same. Some filmmakers choose a path of far more variety though, branching out into multiple genres. There are even movie makers who dip a toe in uncharted waters and make a film almost completely the opposite of what audiences expect from them.

In most cases, these filmmaking experiments produce wildly different results in the eyes of critics. There is an argument to be made that there’s a tremendous amount of intrigue in watching a director best known for R-rated cinema trying their hand at a more family-friendly fare or vice versa.

10 Eli Roth Usually Delivers Top Tier Terror, But He Is Capable Of Much More

Few would have ever expected the man behind the horrifying gorefest that is Hostel to serve up a wholesome, heartwarming picture aimed at young children and families, but that’s exactly what Eli Roth did when he directed the fantasy comedy The House with a Clock in Its Walls in 2018.

The master of the torture flick does have a soft spot after all, but this still remains shocking, especially when considering Eli Roth is the behemoth with the baseball bat in Quentin Tarantino’s Inglorious Basterds. The Bear Jew was one brutally heroic character, but it appeared this director needed a little break from the blood and guts he’d become so famous for.

Horse’s heads and the smell of napalm in the morning are familiar aspects for fans of Francis Ford Coppola’s most famous works, but they might be shocked when learning of the iconic director’s lesser-known family-friendly flicks. The heartwarming humor of the 1996 comedy Jack starring Robin Williams is a world away from the murder and mayhem of The Godfather trilogy and Apocalypse Now.

Coppola also directed Disney’s Captain EO, a Michael Jackson starring short film made specifically for the theme parks that’s packed with all the goofy gags and low-stakes action one would expect from a day out at Disney World.

8 Martin Scorsese Swapped Wiseguys For Wonder When He Made Hugo

Another master of the mob movie, Martin Scorsese’s gangster films have regularly challenged the record books where most uses of certain swear words are concerned. Brutal, bleak, and often darkly humorous, the likes of Goodfellas and Casino are undeniable classics.

The director was one of Hollywood’s greatest when it came to R-rated cinema, so it came as a pleasant surprise when Scorsese released the fantastical adventure Hugo in 2011. Scorsese proved he could do it all by winning his third Golden Globe award for Best Director for the film.

A movie magician who made his name with hard-hitting, brutally violent action flicks like Desperado and From Dusk till Dawn, Robert Rodriguez has since gone on to prove himself a master of multiple genres and films targeted at vastly different demographics.

RELATED: 10 Movie Franchises That Completely Changed After The First Entry

The Spy Kids franchise is a highly enjoyable, kid-focused step away from the likes of Machete, yet admirably, Rodriguez still finds space for legendary and loveable tough guy Danny Trejo in both series.

Both Trainspotting and 28 Days Later are exceptionally horrifying movies albeit for vastly different reasons, and Danny Boyle’s handling of drug addiction, the zombie apocalypse, and later the gruesome terrors of man versus nature in his 2010 flick 127 Hours certainly paint the British filmmaker as one unsuitable for all ages.

RELATED: 10 Movies That Are Clearly Inspired By 2001: A Space Odyssey

However, Boyle has also made a family-friendly film that may have flown under the radar. Millions, released in 2004, is a feel-good, dreamy film with bucketloads of charm fit for the entire family.

5 Zack Snyder Likes His R-Rated Films, But That Hasn’t Always Been The Case

Before Zack Snyder was best known for his exploits in the DC Universe, the director actually made a movie aimed at young children and families. Legend of Guardians: The Owls of Ga’Hoole was a computer-animated fantasy film, and though it received mixed reviews from critics, Snyder deserved credit for expanding his directing range.

Arguably Snyder’s best film is still his debut. The gore-tastic Dawn of the Dead remake is one of the zombie genre’s greatest ever offerings, and although Army of the Dead doesn’t find as much success, Zack Snyder appears far from finished when it comes to R-rated cinema.

The German-Swiss filmmaker is perhaps best known for the award-winning Monster’s Ball, the brutal and often difficult to watch drama for which Halle Berry has won an Oscar. He followed this up with Machine Gun Preacher and World War Z but then took a rather drastic left turn into children’s cinema.

Christopher Robin is a highly imaginative, wondrous flick focused on an adult Christopher Robin and his best friend Winnie the Pooh. Seemingly unsatisfied to stop at one kid’s film, Mattel announced that Forster will be directing the upcoming Thomas and Friends movie, an adaptation of the classic British children’s show.

George Miller is an exceptional filmmaker with the rare distinction of having won Academy Awards for both his R-rated efforts and his more kid-focused films.

Mad Max: Fury Road is Miller’s most unflinchingly R-rated film, yet the heartwarming Happy Feet and Babe are proof that Miller is a director who can also pull off feel-good children’s films. He’s also proven himself gifted when it comes to drama, with his 1992 picture Lorenzo’s Oil being a harrowing, deeply moving tale about love and loss.

2 From Demons To Delightful Superheroes, Sam Raimi Can Do It All

Sam Raimi may have made such a mark on superhero cinema with his Spider-Man movies that he remains best known for bright, colorful, family-friendly flicks featuring Marvel’s finest. This is only set to strengthen with the upcoming Doctor Strange in the Multi-verse of Madness.

To older cinema-goers, Raimi is one of the kings of horror. His Evil Dead trilogy stands as a true favorite amongst fright fans, and his 2009 film Drag Me to Hell is an underappreciated scare-athon. The movie which perhaps best proves Raimi’s versatility, though, is Oz the Great and Powerful, a dazzling, charming, child-friendly adventure.

A gangster movie great, British director Guy Ritchie burst onto the scene back in 1998 with Lock, Stock, and Two Smoking Barrels, a stylish, highly violent film packed with quotable, curse-filled dialogue. He added Snatch to his mob-movie mastery two years later before branching out into action adventure with the Sherlock Holmes series.

The films starring Robert Downey Jr.were largely appropriate for families, but with his remake of Disney’s Aladdin in 2019, Ritchie planted his foot firmly in children’s cinema. It didn’t last long though, as that same year, the brilliant Brit returned to his roots with another fantastic gangster movie, The Gentlemen. 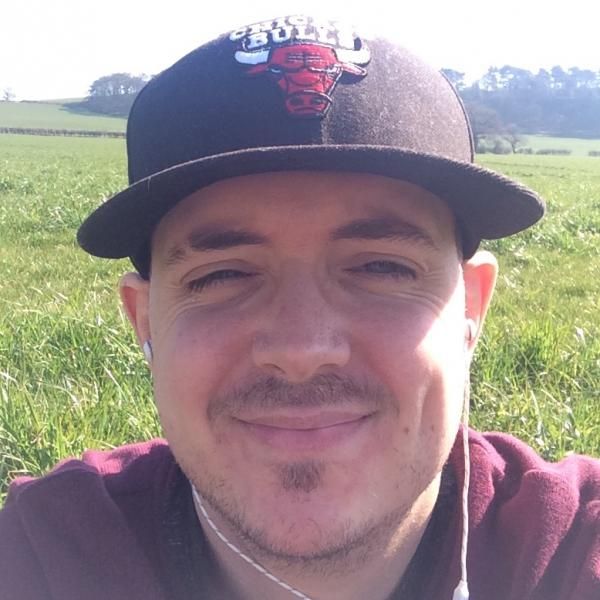 
Nate Reeves is a writer and filmmaker based in North West England. With unrealized dreams of being the next Quentin Tarantino, he figured the best alternative was to write about all things movie and TV for Comic Book Resources. In the past, he’s worked on BBC Wales and S4C productions, as well as producing and directing his short films. His spare time is spent as a Pokemon Trainer, in one of the many ways one can accomplish such a wonderful thing in 2021. You can reach him on Instagram at @n8himself