10 Anime Families Who Play The Villains 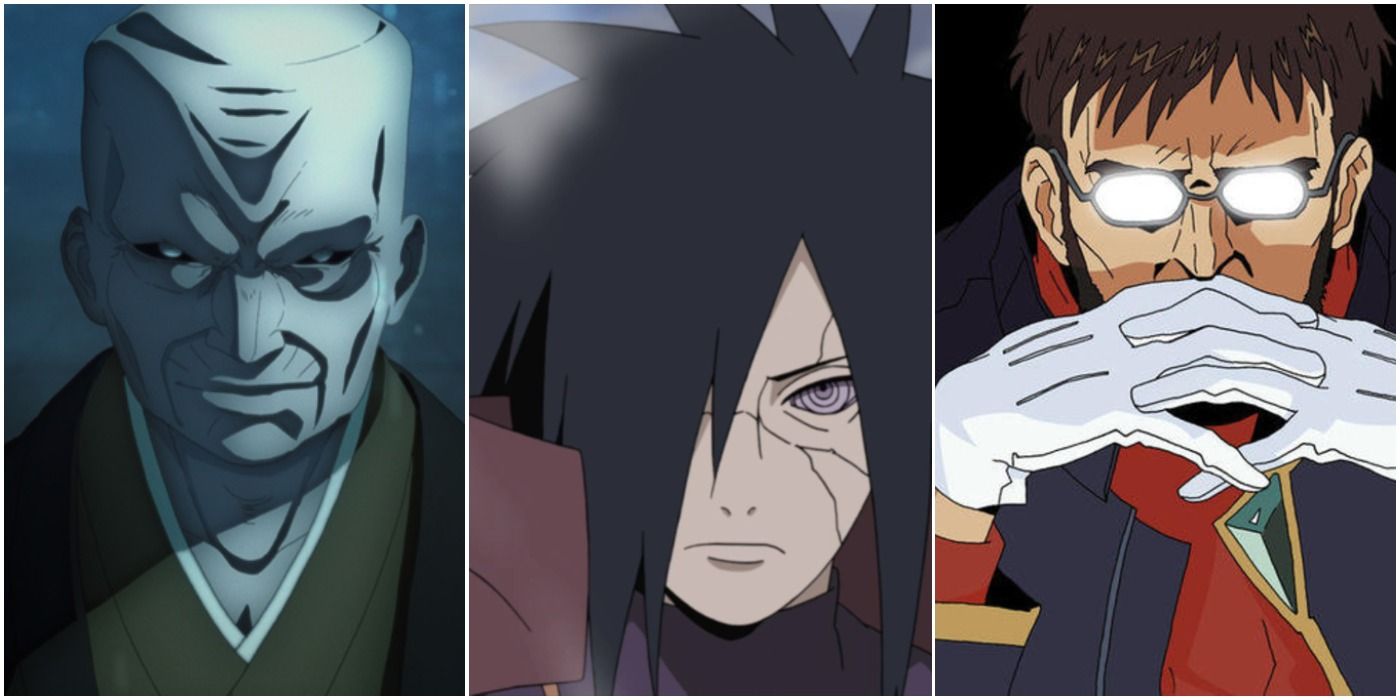 There is only one thing worse than fighting an evil antagonist: fighting multiple evil antagonists. In many anime, the villains aren’t just singular entities, but rather entire families and clans. Some of these families serve as roadblocks for the main characters, while others pull these strings that set entire plot lines and story arcs into motion.

While the definition of family may vary from anime to anime —with some being found families and others being entire clans complete with distant relatives, close friends, and adopted members — each of these families prove to be formidable challenges to the protagonists who challenge them.

While tracking down the members of the Twelve Kizuki, Tanjiro comes across Rui and the band of spider-like Demons that call Mount Natagumo their home. Unlike a traditional family, Rui built a family of five Demons that includes a father, mother, daughter, and son.

Rui plays the part of the youngest son, but it’s revealed throughout the arc that there were once other members of the family. When one of the “family members” decided they no longer wanted to participate in Rui’s farce, they were dispatched.

9 In JoJo’s Bizarre Adventure, Evil Runs in the Brando Family

Before Dio even thinks about becoming the iconic villain of the JoJo series, Dio’s father, Dario Brando, was already committing crimes and being an all-around terrible person. Not only was he abusive to his family, but he also tries to rob the unconscious George Joestar and his dying wife.

RELATED: JoJo’s Bizarre Adventure: All Of DIO’s Children (& Their Stands)

Thus, it’s no wonder that Dio grows up with a corrupt set of moral principles. However, he surpasses his father’s evils quickly and after using the Stone Mask in Phantom Blood, he sets a series-long set of disasters in motion.

8 The Royal Family In Code Geass Push Lelouch to Rebellion

The Britannian Imperial Family of Code Geass rules over the Holy Britannian Empire, and their penchant for war has earned them a place amongst the most notorious villainous anime families. Though not all members of the royal family agree with these imperialist tendencies, the overall domineering attitude of their regime lands them a place on Lelouch’s target list. Despite the fact that Lelouch is part of the royal family, his title being Lelouch vi Britannia, the Eleventh Prince of the Empire, he recognizes the evils of his family’s desire for global conquest.

The Matou family of the Fate franchise are infamous for their torturous methods of teaching Magecraft and their manipulation of various characters throughout the series. Zouken Matou, the 500-year-old patriarch of the Matou family, is obsessed with power and helps incite the Holy Grail War. Zouken is most notable for the magic-eating worms that form his body, which he uses to torture Sakura Matou and others. Shinji Matou, the brother of the adopted Sakura, abuses his sister on a daily basis.

6 The Ikari Family Sparks The Apocalypse In Evangelion

There is much to be said about the trauma Shinji Ikari endured because of his father and the Second Impact, since it’s undeniable that the Ikari family had much to do with the apocalyptic events of Neon Genesis Evangelion.

RELATED: Neon Genesis Evangelion: 10 Things Everyone Gets Wrong About Shinji

Shinji’s mother, Yui, merged with EVA Unit-01, which caused Gendo Ikari, Shinji’s father, to obsessively research the EVAs in order to reunite with her. Gendo’s obsession with Yui and his subsequent work on the Human Instrumentality Project set in motion the events that led to the Third Impact.

Shigure, for one, manipulates Tohru to reach his goal of having Akito for himself. Furthermore, Akito serves as the series’ overarching villain, committing acts of physical and psychological abuse on her own family members. Akito’s mother, Ren, is just as culpable for many of the terrible things that happen within the Sohma family through her treatment of Akito.

The very triggering and bloody historical tale Shigurui (or Shigurui: Death Frenzy), features Tadanaga Tokugawa, head of Sunpu Castle and younger brother to the current shogun, Iemitsu Tokugawa. In the year 1629, Tokugawa holds a tournament in which participants are to use real swords instead of wooden ones, which leads to a bloodbath that left only six survivors. The story’s two main characters, the now one-armed Fujiki and the now blind Irako, fight against one another in this tournament. Eventually, Tadanaga is sentenced to death by his own brother.

The Uchiha clan’s prowess and incredibly strong dojutsu kekkei genkai have molded both great shinobi heroes and terrible villains, and it is undeniable that a few bad apples emerged from the Uchiha clan. Itachi is guilty of murdering the entire clan, even if it was to stop a rebellion, and Sasuke becomes a rogue ninja in pursuit of revenge.

However, Madara’s manipulation of Obito and Nagato, his extraction of the tailed-beasts, and his plan to destroy the world make Madara Uchiha the worst Uchiha around.

The Zenin family, one of the greatest sorcerer families in Jujutsu Kaisen, is guilty of more than just a little cruelty. Maki, who was always undervalued for her inability to see curses, left the clan, vowing to become a sorcerer on her own, but in doing so, she left behind her twin sister, Mai, who was looked down on for being a woman and who was no doubt abused by her relatives. In the manga, the Zenins are revealed to maintain a “Discipline Pit” with cursed spirits kept within.

Kagemitsu Daigo, head of the Daigo clan, is responsible for most of his son Hyakkimaru’s troubles. At Hyakkimaru’s birth, Kagemitsu offered his son’s life to twelve demons, who then take Hyakkimaru’s body parts — including his eyes, ears, limbs, and skin — in exchange for making the Daigo lands prosperous.

Furthermore, the men of the Daigo clan kill Mio, Hyakkimaru’s first love. Kagemitsu’s second son, Tahomaru, is not as overtly corrupt as his father, but he still maintains the same whatever-means-necessary philosophies towards peace as his father, and this makes him enemies with Hyakkimaru.

NEXT: Demon Slayer: 10 Facts You Didn’t Know About The Ubuyashiki Family


Next
Naruto: All Hokage, Ranked By Maturity

Brooke Thomas lives and writes out of Houston, TX. She has an MA in English Literature and works as an Anime List Writer for CBR.com. When she is not watching anime, drawing her own comics, and writing, you can find her playing catch with her dog and rock climbing.

Denial of responsibility! NewsConcerns is an automatic aggregator of the all world’s media. In each content, the hyperlink to the primary source is specified. All trademarks belong to their rightful owners, all materials to their authors. If you are the owner of the content and do not want us to publish your materials, please contact us by email – [email protected]com. The content will be deleted within 24 hours.
0
Share

‘They thought Covid only kills white people’: myths and fear hinder jabs in DRC | Democratic Republic of the Congo